Welcome to the home of the world’s most sought-after java Jamaica Blue Mountain Coffee. We invite you to explore our exquisite roasted coffee options from that mystical region and for the coffee aficionado, we also have offer variety of choices from the planet’s most exotic growing regions which we are confident will please your discerning palate!
If you prefer to roast at home, we offer Jamaica Blue Mountain green coffee beans in small quantities. Visit our web store now!

Our coffee is handpicked in the mountains of Jamaica, roasted locally, and shipped fresh to your door!

Our Single Origin coffees are cultivated through our lasting relationships with hundreds of coffee farmers.

A variety of Jamaica Blue Mountain Coffee single cups roasted on order and shipped straight to your door. 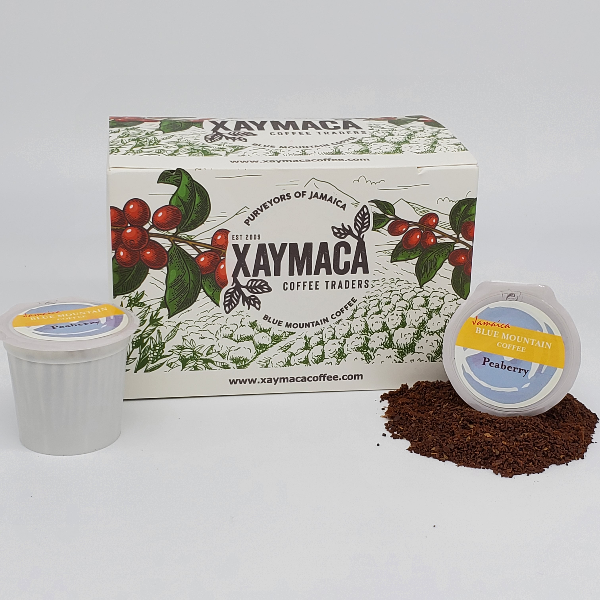 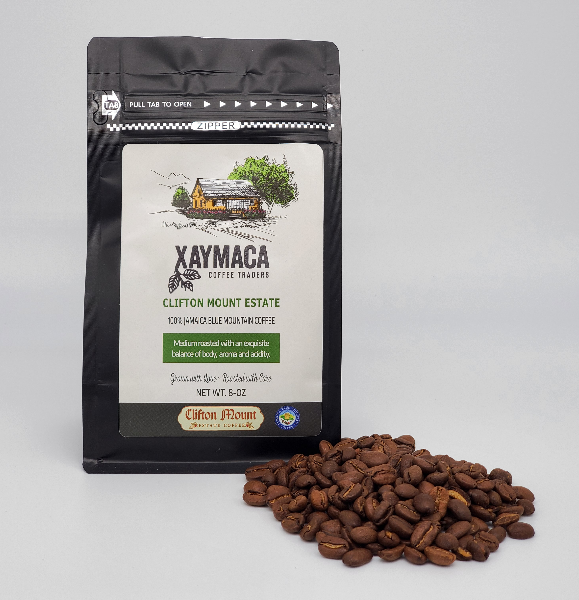 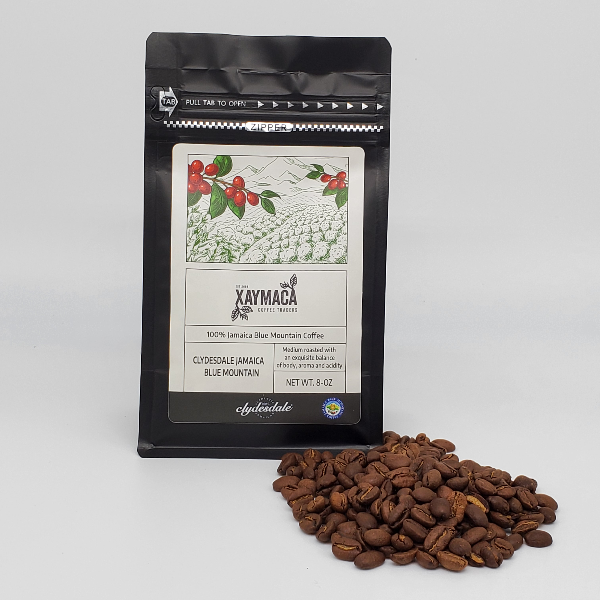 We are licensed importers and distributors of Clifton Mount Estate JBM from our RainForest Alliance Certified farms located at 5000ft above sea level, and Clydesdale JBM from our adjacent partner farmers! Freshly roasted to perfection on order and sent to you with Certificate of Authenticity issued by the Coffee Industry Board of Jamaica – we guarantee you the freshest coffee for your brewing pleasure…enjoy!

World famous Jamaican coffee has commanded the admiration of coffee connoisseurs throughout the world for centuries.

The Jamaica Blue Mountain® coffee experience integrates a cup of exceptional balance and an exotic and intense aroma, along with an intricate range of flavor notes which may include within the bouquet, a subtle hint of herbs, spice and chocolate.

Both Clifton Mount Estate and Clydesdale Jamaica Blue Mountain Coffee are an outstanding quality of the Typica variety.

The coffee is cultivated high up in the mist-covered Blue Mountains of Jamaica which peaks at an altitude of 7,402 ft above sea level.

Our coffee is fully washed and it is processed in the most modern coffee mill in Jamaica. This helps us to ensure that our coffee is efficiently processed and that the quality of it will never be compromised.

The Jamaican coffee farmer is the keystone of our coffee industry and hence of our company. We provide technical-agronomic support, make farm supplies easily available to them, and pay fair prices for their coffee, in fact the Jamaican coffee farmers get the best price in the world for their coffee. We support and fund several social projects in the coffee growing regions within the Blue Mountains including programs in over thirty basic and primary schools.

Our dry coffee mill is located in downtown Kingston, in one of the most socially and economically depressed areas of the nation’s capital. We are the biggest employers in this area providing jobs to over 600 women, most of them single parents, who do the hand-sorting of our coffee. This has had a tremendous impact in the lives of these communities.

Join our newsletter to receive updates on new products, sales and company news.

Coffee production in the Blue Mountains is very environmentally friendly. All the coffee is produced under banana, Inga, mango and many other shade trees and weed control is done by hand. This protects the soil and river basins from erosion.

Our coffee mill is the most modern in the country and very environmentally friendly. We recycle and treat the water used in the pulping phase of our processing with a hydrodynamic sieve that purifies it.

We fully sun-dry our coffee for the most part. When the situation requires it, we also use rotary driers which are fueled with coffee parchment, a by-product of the coffee processing resulting from the hulling of the dry parchment coffee.

Clifton Mount is the oldest functioning coffee estate in Jamaica and is recognized as producing the finest quality world renowned Blue Mountain Coffee.

Processing: Fully washed or fermented based upon customer request

The perfect and delicate balance of acidity, body and aroma. Its acidity is bright and delicate, its body gentle and velvety. Its aroma is softly penetrating and sweet with floral, spicy, and citric undertones. There is a presence of cocoa undertones in its aftertaste.

Coffee was introduced to Jamaica in 1728. Grown at the very heart of the Jamaica Blue Mountain coffee area, Clydesdale is a renowned coffee growing region at an average altitude of 1000 meters. From one of the oldest growing areas in the Blue Mountain, Clydesdale coffee continues to celebrate old traditions that have made it a favorite of coffee connoisseurs throughout the world.

JACRA – successor to the Coffee Industry Board

The Jamaica Agricultural Commodities Regulatory Authority (JACRA) which commenced operations on January 1, 2018, is a statutory body responsible for the regulation, promotion, standardization and development of the agricultural commodities industry. The functions of JACRA embrace the setting of Quality Standards, provision of Quality Assurance and Certification Services and generally focus on governing the trading in the Coffee industry in Jamaica.

According to the International Coffee Organization (ICO), Jamaica is ranked 45th in world coffee production. Production figures for the Jamaica High Mountain region from 1953 to 2017 show an average annual production of 188,532.25 boxes per year (1 box equals 62 lbs cherry coffee).

Coffee cultivation in Jamaica takes place in the Blue Mountain Area of Jamaica (St. Thomas, St. Andrew and Portland) and the Jamaica High Mountain region (premium grades grown outside of the Blue Mountain area of Jamaica). Jamaica’s coffee is regarded as a gourmet product and, as such, does not trade on the Commodities Exchanges in New York or London

FREE Shipping on orders of $75 and over Dismiss